Millions of tourists head to Spain every year for a dose of Mediterranean sunshine and an unforgettable vacation. With all the tourists around, it’s no surprise that people nowadays are searching for less crowded destinations. Destinations where you can enjoy Spain’s beauty while being away from the tourist hordes. If you’re one of them, you’re lucky. We just compiled a list of the most interesting hidden gems in Spain to ensure that you can have a relaxing holiday away from the popular tourist destinations.

Carmona is one of those hidden, small towns that can rival much bigger and more significant cities in terms of history despite its small size. The small town of 28,000 people located only one hour driving away from Seville is a wonderful place where Moorish and Roman architecture meet. This makes it a great place to visit for culture buffs. However, despite being so close to Andalusia’s capital, I can’t help but feel Carmona is severely underrated by most tourists that visit Spain. Whether you want to admire the Roman necropolis, enjoy the baroque architecture, stay in a Moorish fortress or enjoy some of the best views in Andalusia, Carmona surely won’t let you down.

Cerdanya is a region in Catalonia that covers an area of over 1,000 km2 equally-divided between France and Spain. If you visit this place for the first time you might think you’re in the remote Alps of Austria or Switzerland, with the lush nature, mountain villages, and cow-filled meadows. Even though it sounds difficult to comprehend, Cerdanya offers the ultimate mix of the Mediterranean and the Alpine world. Many people don’t know this but there’s also a lesser-known stretch of the Camino de Santiago. Getting around the region is relatively easy. All villages are linked by tracks but exploring on foot or by bike isn’t hard to do either.

Located in the heart of peninsular Euskadi (Basque country), Onati lies in a picturesque valley completely surrounded by mountains. Onati offers a lot of hiking opportunities but it’s also a city with a rich culture and tradition. In fact, so much, that the famous Spanish painter Ignacio Zuloaga called Onati the Toledo of Basque. Wandering around the town, you will find impressive samples of gothic and baroque architecture, and the city also has its own renaissance university. Alternatively, if you like nature, you will find hiking opportunities on every turn and the Aizkorri National Park is also not too far away.

This list can’t be complete without Babia. Spanish people use the phrase ‘estar in Babia’ (you are in Babia) when talking to a person that doesn’t know what they’re talking about or are daydreaming. If you would see where Babia is, you would understand where this phrase is coming from. This area of emerald meadows and snow-capped mountains is not popular even among locals, not yet tourists. Hence, if you’re looking for hidden gems in Spain far away from crowded destinations, Babia is a great starting point.

However, keep in mind that Babia and many other places on this list aren’t very easy to rich and the best way to reach them is by renting a car. If you want to rent a car and get off the beaten track in Spain, use this link and save up to 30% on your car rental for your upcoming trip.

Los Valles Pasiegos is an area of lush green hills where a traditional way of life is conserved. The region consists of three parts, Meira, Pisuena, and The Pas. This is the area where the wet nurses for the Spanish Royal family traditionally came from. The reason? Los Valles Pasiegos was deemed to be the healthiest in all of Spain. Today, the region is easily accessible from Santander, and visitors can see impressive cave art, enjoy the nature and the amazing food, and go fishing, another thing Los Valles Pasiegos is famous for.

This 32-kilometer long mountain range lies half-way between Madrid and Valencia and is the least populated area in the country. There are some hiking enthusiasts that visit Montes Universales but they aren’t too many. One of the most famous Spanish landmarks in the region (but still not too famous) is Albarracin. Albarracin is a hilltop village surrounded by rivers and mountain streams that often comes into the conversation about the most beautiful village in Spain. Only Albarracin is worth seeing but there are many more things to experience in Montes Universales, from divine waterfalls to endless stretches of pine and juniper trees.

Peniscola is a medieval walled town with a typical Mediterranean charm situated on the Orange Blossom Coast, not too far from Valencia. Occupying a steep outcrop of land, surrounded by formidable stone walls, Peniscola was one of the most interesting hidden gems in Spain for years. However, in the last couple of years, more tourists started discovering it. Some of that probably has to do with the filming of Game of Thrones which took place in 2015. And we all know what happens to ‘Game of Thrones destinations’. If you want to visit, you better hurry up before tourists flood Peniscola.

Cudillero is one of the most charming, remote fishing villages in Spain. It resembles a town on the Italian Riviera with its colorful, vibrant streets filled with shutter-windowed dwelling painted in different colors in a way that fishing boats can navigate through the tight passages by recognizing the environment. Being a village famous for fishing, there’s no shortage of food options in Cudillero but that’s not all. You can also find a few beautiful remote beaches which are still undiscovered by tourists and stunning secret viewpoints hiding between the tight alleyways, where you can witness amazing views over the terracotta roofs. 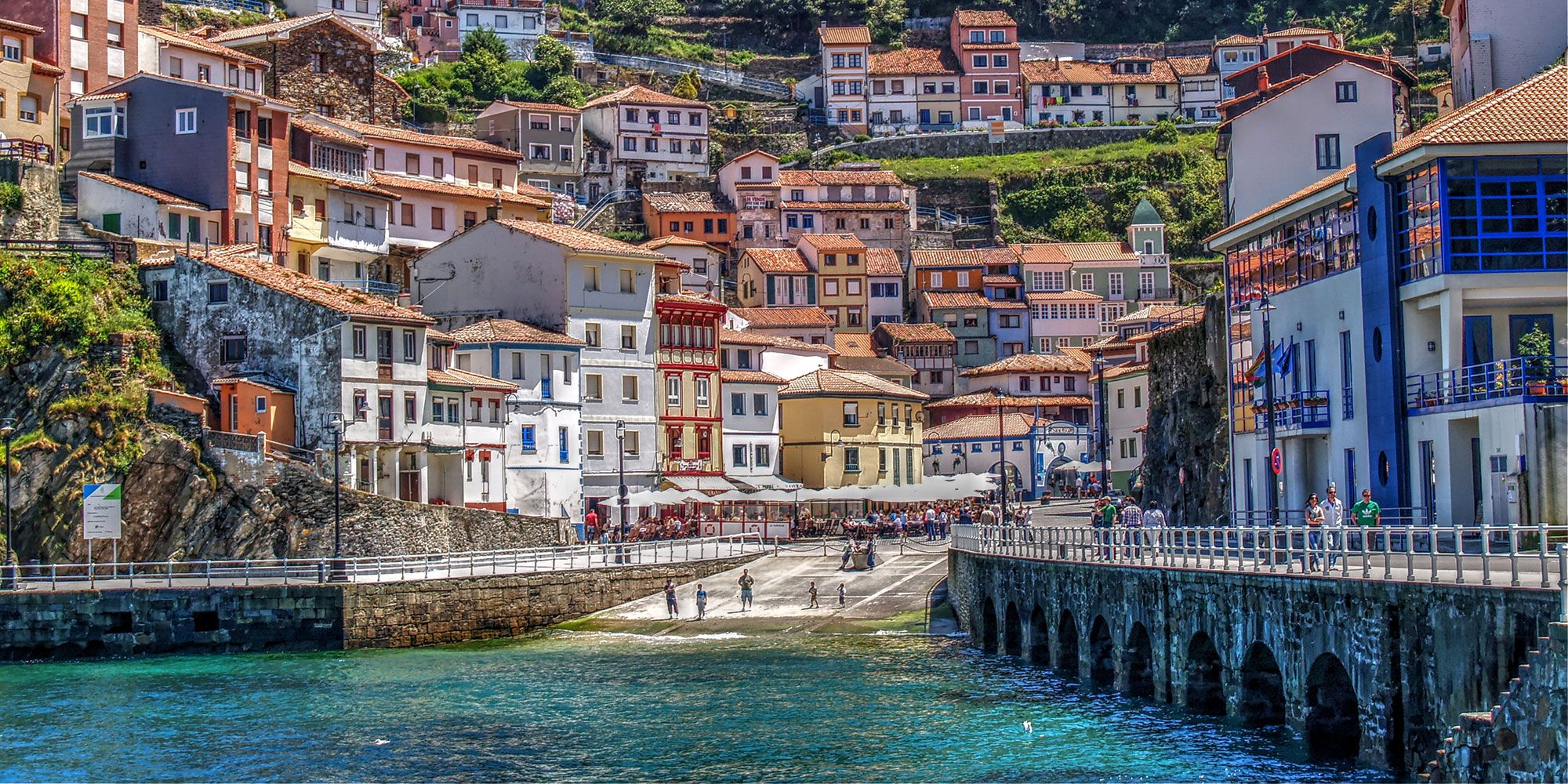 Altea is a small, historic seaside-town on the Costa Blanca that resembles the popular Greek Island, Santorini. That’s because Greek colonists formed one of the early settlements in this town. Afterward, the city had several other visitors, including the Romans, Visigoths, and finally Moors. This makes Altea an ultimate mix of cultures, which gives another reason to visit except for the beautiful, hidden beaches.

If you want to visit Extremadura, you’ll have to face the poor transport links and sometimes inhospitable climate. Maybe these are some of the things that make this place one of Spain’s best-kept secrets. Extremadura is an endless track of lush meadows and oak forests, where some of the best Spanish wine is made and where the famous Iberian black pigs roam freely in their natural inhabitant. Many of the historic honey-colored towns of Extremadura appears in movies that need a glimpse of the glorious medieval ambient that creates a bygone age backdrop. However, (fortunately or not) not too many tourists have discovered the beauty of this region.

When talking about hidden gems in Spain, I just can’t forget to mention Cabo de Gata-Nijar; a remote Spanish coastal town located on the southeastern tip of the country, bordering Europe’s only semi-desert. The divine beaches, hidden between sharp rocks and ochre cliffs, always made me wonder how there aren’t more tourists around? One potential answer might be the bumpy, dangerous roads that lead to the city. However, that didn’t stop the makers of Indiana Jones and Lawrence of Arabia from filming here! 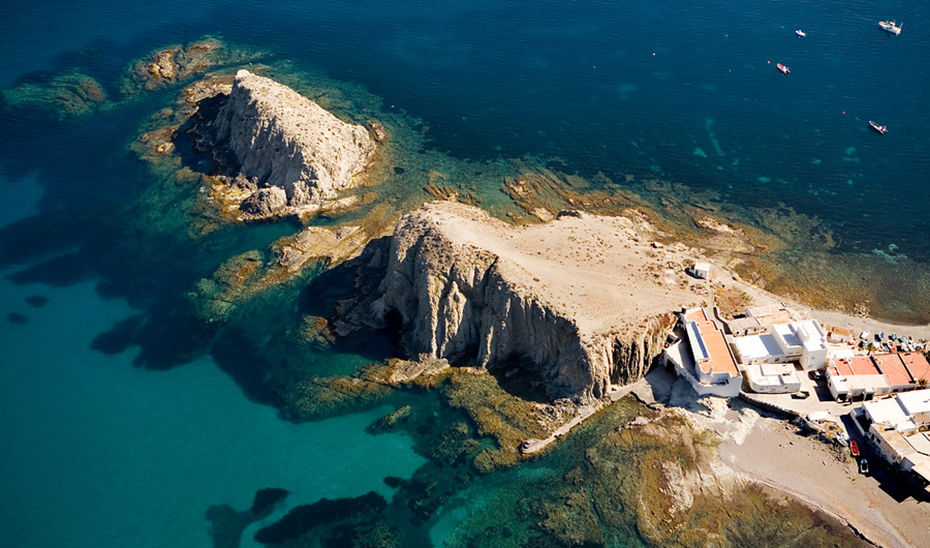 An hour’s boat trip from Vigo will take you to Cies Islands, some of the most remote islands in Spain. These are Monteagudo, San Martino, and the Lighthouse Island, with Rodas Beach connecting the last two. Rodas beach is popular among many writers and artists because of the fact that it was one of the most remote places in the country. It seems like a great place where you can go to isolate yourself and completely devote yourself to creating. Cies is also a great option for birdwatchers because it hosts the largest colony of seagulls in the world. The area has been a national park since the 80s’ but international tourists apparently still aren’t aware of this hidden paradise.

This small coastal town on the Atlantic coast of Andalusia has some of the most underrated beaches in Spain. A lot of locals go there for their summer vacation. However, when it comes to foreign tourists, Zahara de los Atunes is oftentimes overshadowed by Ibiza, Mallorca, and even Alicante. However, the lack of foreign tourists has its advantages. This makes Zahara the ultimate destination for people that aren’t keen on resorts and like to sink into local life. The best time to visit is probably in the late spring when the blue tuna fishing season is underway and you can taste some of the best flavors of the region.

Looking for a cheap flights to Spain? Use this special offer from Air France to get a great discount.

Cazorla is probably the most overlooked city in Spain, including the cities on this list. If you don’t trust me, try Googling it. All you’ll get is information about the Spanish football player, Santi Cazorla. However, this frequently overlooked town is one of Spain’s best-kept secrets. This picturesque, romantic town sits underneath the towering crags where the Sierra de Cazorla rises up from a rolling sea of olive trees. There are also some trekking options, as it’s located right next to Las Villas National Park, the largest protected area in Spain.

August 29, 2020
Read All Posts By scottsvalleyschoolcom